Antigua is the main island of the 3 –island country officially known as Antigua and Barbuda.  The other islands are Barbuda and Redonda.  Antigua is best known for its 365 amazing beaches.  The weather is a constant 85 degrees Fahrenheit with a gentle sea breeze blowing from any part of the Island.

Barbuda is one of the last islands of its kind being virtually untouched by man.  It teems with natural life and its beaches are truly wonders of the world.

Antigua is an ideal place to retire!  It is no exaggeration when the Islands are referred to as the “Tropical Paradise” or “Where Land and Sea Makes Beauty”.  It has all the modern facilities such as Internet, Cable Television and Indigenous (local) regional and International Banks and an international airport named for its founding father, VC Bird.

Great yachting and other marine activities

Most yachting persons would know Nelson’s Dockyard as a world famous port of entry.  It bears witness to the period when Britain ruled the seas and its atmosphere and charm make it a candidate as one of the modern wonders of the world.

Antigua is also ideally placed geographically.  It is central in the chain of islands that make up the Eastern Caribbean.  This favourable geographical location makes Antigua a favourite stop for many international airlines.  There are several direct flights per week from Europe, United Kingdom by both British Airways and Virgin Airline and from Miami, Atlanta, New York by American Airlines, Delta and US Airways.  Antigua is the central link between North Caribbean and South Caribbean.

Antigua and Barbuda remains a stable country.  It has a democratic government which is elected by free elections every 5 years.  There are two main political parties, the Antigua Labour Party and the United Progressive Party.  Both parties are moderate not veering too far to the left or the right.   Both parties recognize and respect property rights.

The system of justice is based on English Common Law.  There are Magistrates Courts in various parts of the country including Barbuda.  There is also the High Court of Justice which deals with the more serious civil and criminal matters.  All constitutional matters are tried in the High Court.  The Court of Appeal is part of the Eastern Caribbean Supreme Court and is a peripatetic court, travelling from island to island to hear appeals.  At this time the Judicial Committee of the Privy Council in England is the final court of appeal.

With so many white and pink-sand beaches it is no wonder that the main plank of Antigua’s economy is tourism.  Antigua is a major port of call for cruise ships in the Caribbean.  The city of Saint John has hosted as many as six large cruise ships in one day.

The financial system is well regulated by the Eastern Caribbean Central Bank.  There are three local banks.  In addition there are 2 banks that are headquartered in the Caribbean with branches in Antigua and two Canadian Banks.  There are currently no US banks in Antigua.  However the local banks have US banks as corresponding banks.  The credit unions and other non-banking financial institutions are also regulated by the Eastern Caribbean Central Bank.

The local currency is the Eastern Caribbean dollar which is tied to the US dollar with an exchange rate of EC$2.70 = US1.00.

The telecommunications system (including Internet) is well developed and investors, residents and visitors can depend on the latest technology.  The two main providers compete to serve the public.

The network of roads across the Island is quite good.  The Government is paying keen attention to the infrastructure.  Electricity , Water and telephones (land lines) are supplied by the Antigua Public Utilities Authorities, a statutory corporation.

Antigua and Barbuda real estate company. We list, sell, lease and auction residential and commercial properties. Our Team of Agents are ready to assist you! We know the market and we know the islands!
Do you have a HOME, LAND or BUSINESS you would like to list?
Contact Us Today 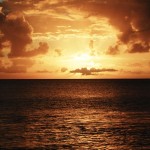